Up early it is dark and I am way tired.  Feeling like I have been beaten with a board. Worked hard on the stable and horses yesterday and it has pulled the strength out of me. My right hip is very sore and right side of my body feels over worked and falling into breaking down. Woke up to NPR this morn which reminded me why I no longer listen to it regularly. Makes me feel small useless and in a world I have no place that is full of disaster and mess. A world poised on multiple ways to destroy itself. And basically for humans it has always been such so why is today any diff? There is not enough will to work together and solve what will spawn misery. So here comes some more.  A nice big interview on GOP Prez candidate Teddy Cruz. Yes Mr Cruz, Roosevelt went to carpet bomb Germany. AND WE WON! And we had to have a Marshall Plan to rebuild it, and Hitler rose to power on the destruction and poverty wrought by the First WW which Briton and France bumbled our way into. Millions and Millions of people died. Cultures were wiped out; many to the point where no one was left that even could remember their stories. Recall that large swaths of Asia were devastated during WWII.  But who cares ‘yellow people’. So expedient solutions of, ‘just bomb the crap out of them’, and oh come on old Cruzie you want to kill their women and children too dont pretend; these solutions just push satan out into the light where he can destroy for many years. Centuries of total war and endless retribution. Our entry into Iraq in 1990 built ISIS and Iraq II made certain there was no organized force to hold them back. So out of this power vacuum rushes, the angry; ready to do what ever they can to avenge their dead and their damaged self-esteem. Just like us with our 911 dead and our 14 in San Bernardino; gotta get even, gotta get more than even. Christ never preached this but our Fallen nature does. Poking out eyes all around the World we will be blind. It will never end and only get uglier and be genuinely cruel. Maybe we  can hit a cool billion dead this time. Humanity progresses yet again.

Yup only God and eternity will exact justice on fools like you Mr Cruz.

Folk don’t want to see how out of control this can become and then yes we the wealthy west can bomb them out of existence. We successful got rid of the aboriginals of North America. But wouldn’t it make more sense to just isolate them and let them destroy themselves? BiN Laden calculated our reactionary reactions would destroy the West. Make us mad and madness begets self-destruction. If they don’t have a target that responds they, the extremists, loose the propaganda war and their constitutes will  have to look inside their  governance to see if their needs are being met. And ISIS will not be able to do that, run a real state that provides for its citizens. Hate cannot sustain a society; especially a non industrial one that is dependent on a devalued commodity oil. Oil is at record low prices.  Hitler’s Germany was  industrialized and with an educated workforce. ISIS cannot build their weapons and can only poke us in the eye with bombs and automatic weapons. Yes they can kill some a tiny percentage of US, but our body count reaches maybe 500,000 in their territories over these past 25 years. We win the death count too. What joy, what bliss, the thousands we have hurt. 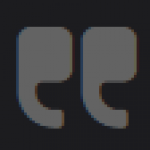 Artists must learn to draw, if you cannot, you are blind.Prose
BUYING, what else?Prose